Information and Details from past LibreOffice Conferences

Traveling to Almería by train

There are some lines that connect Almería directly with Madrid and other cities, such as Granada, Seville, Linares and Antequera. The most important option by train is from Madrid. Keep in mind train travel Madrid-Almería takes 6 hours.. Of course allowing you to do nice work or a sleep ;)

An important note: in the next months trains will stop on a station outside the city but a free shuttle will transport train travelers to the Estación intermodal.

Almería Airport has daily connections to Madrid (Iberia) and almost daily ones to Barcelona (Vueling). It also has flights to other European airports such as London–Gatwick, Rotterdam, Brussels, etc.

At their website you can check all destinations and airlines.

Some considerations: in Summer season there are many direct connections to several European cities, specially by low cost companies. To plan your travel we suggest to check those alternatives since could save you a significant amount of money or time.

Airport is located at 9 Km from the city and about 5 minute by car from the university campus.

Once you are at the airport you can go to the city:

Málaga airport is the fourth busiest in Spain and thus has flights to most of major European airports and some non-European ones (Montreal, New York, Casablanca, Tel Aviv). Flying to Málaga could be a lot of cheaper than to Almería: we strongly recomend to check your options here and decide.

You can check Málaga's airport destinations and airlines.

From Málaga Airport to Almería: 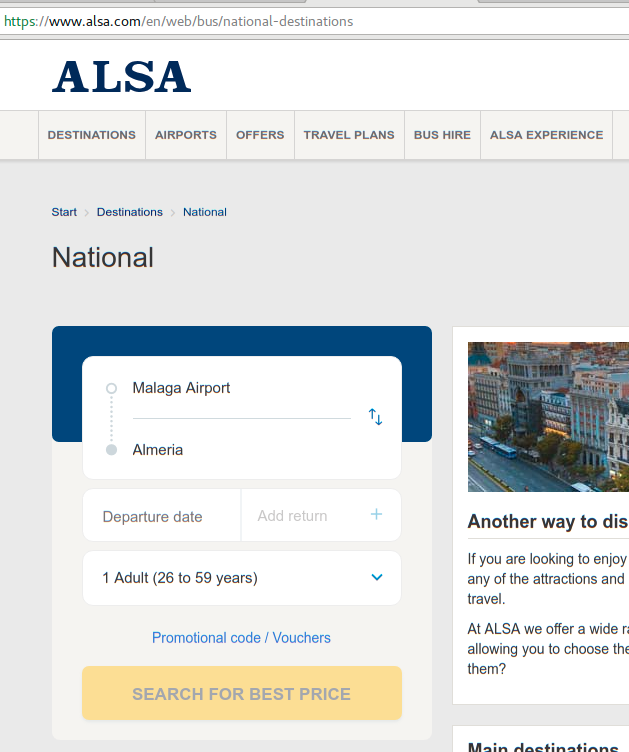 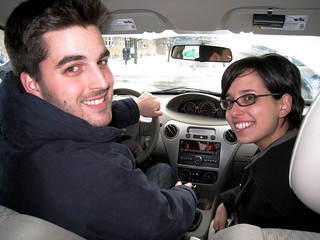 Other means to travel

Almería has a good land communication with all the Mediterranean coast by the A-7 highway, which join up to France frontier in La Jonquera and, on the other side, ends at Algeciras.

With Spanish interior zones, Almería is connected by the A-92, another highway that connects with the rest of Andalusia and Madrid through the  A-4 highway.

There are some ship lines that connect Almería with Africa: Melilla, Oran (Algeria) and Nador (Morocco) with daily or regular ships and affordable prices. The passangers terminal is in the seaside of the city, less than 1 km from downtown.

You'll find the city of Almería covered with 4G/3G connectivity. If you have doubts about frequencies and compatibilities you can check this report (in Spanish, sorry).

If you own a cell phone line adquired inside the European Economic Area then you'll enjoy free roaming.

If you want to buy a pre-paid Spanish cell line there options starting from 5€. You'll be required by law to identify yourself with a legal document (passport, i.e.) when buying a cell line in Spain.

Probably you'll need some electricity, we guess. You can learn about details of the electric plug system in Spain. In sort: 230 V and 50 Hz.

Check the dedicated page about how to get a visa to visit Spain.

The expected weather is hot. Consider hot summer clothes. Fortunately the venue and residence has conditioned air so you'll don't suffer. If you have clear skin consider seriously carry sunscreen and maybe to wear a cap. It's good idea to keep hydrated. At the conference we'll provide fresh water machines.

The probability of rain those days is almost zero. You can check the weather prediction at the National Meteorological Agency.

Privacy Policy (Datenschutzerklärung) | Impressum (Legal Info) | Statutes (non-binding English translation) - Satzung (binding German version) | Copyright information: Unless otherwise specified, all text and images on this website are licensed under the Creative Commons Attribution-Share Alike 3.0 License. This does not include the source code of LibreOffice, which is licensed under the Mozilla Public License v2.0.
"LibreOffice" and "The Document Foundation" are registered trademarks of their corresponding registered owners or are in actual use as trademarks in one or more countries. Their respective logos and icons are also subject to international copyright laws. Use thereof is explained in our trademark policy. LibreOffice was based on OpenOffice.org.